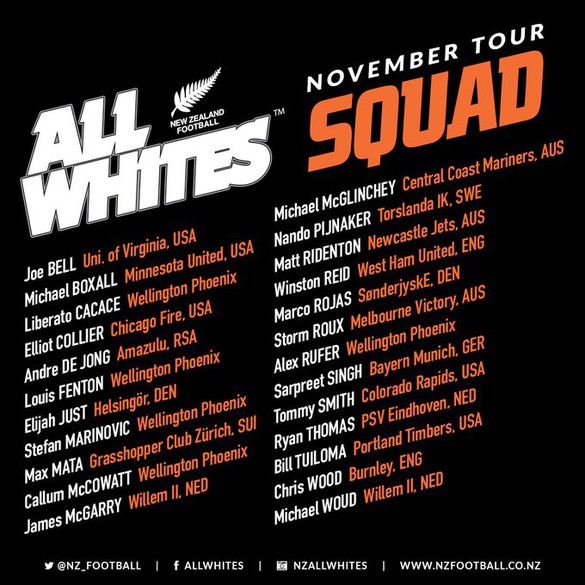 A busy November for Roland Jeffery Physio with 4 therapists involved with international duty for the All Whites and Football Ferns. Pip and Carly are away to China with the Football Ferns where they will play China and either Canada or Brazil in a tournament in Chongqing City, China from the 4th -12th November.

It will be Pip and Carly’s first trip away with the Ferns having worked with the under 20’s and under 17’s womens’ team respectively.

Joe will accompany Roland on his first All Whites trip, where games against Ireland and Lithuania will be new coach Danny Hay’s first games in charge and the first time the All Whites have played since June 2018.

I have had great results solving peoples pain with acupuncture. Having qualifications in acupuncture I use the needles gently to restore my clients movement and help with pain and muscle spasm. Most of my clients love acupuncture and are surprised how gentle and easy it is. Call me today and ask how I can help you with acupuncture.
Emily Lo