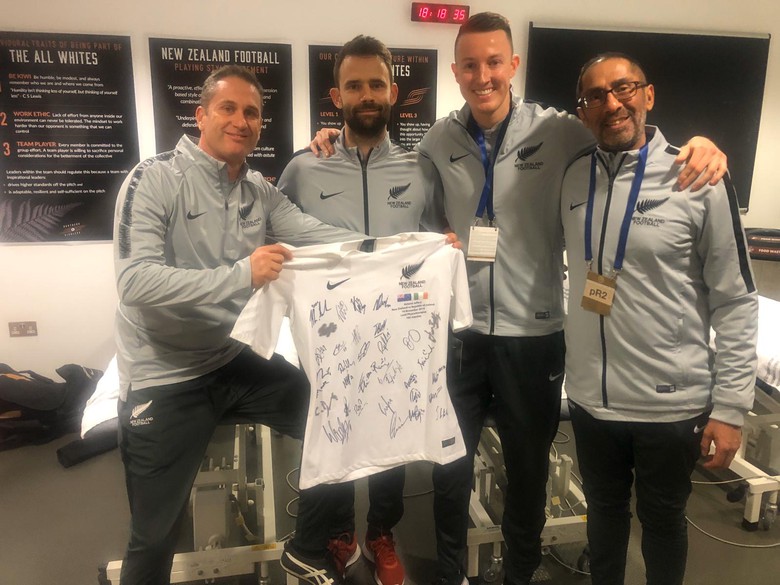 The All Whites played Ireland Friday morning (NZT) in Dublin going down 3-1. Roland marked his 100th international game for the All Whites receiving a signed presentation shirt from the team before the game. Joe O'Brien assisted Roland with Klavs Svendson in the physio department.

Callum McCowatt scored on his debut putting the All Whites ahead early in the game, but Ireland scored before half time and then added an additional two goals after the break. Not the result the team wanted but good to see the boys back in action. The team moves onto Lithuania to play early Monday morning (NZT).

As a fully qualified sonographer I spend all day scanning my client’s injuries. Our appointments take only 20 minutes and I feed back my findings directly to your physiotherapist or doctor. This helps them plan your injury management. Ask you physio today if you need an ultra sound scan to help with your injury.
Andrew Graham